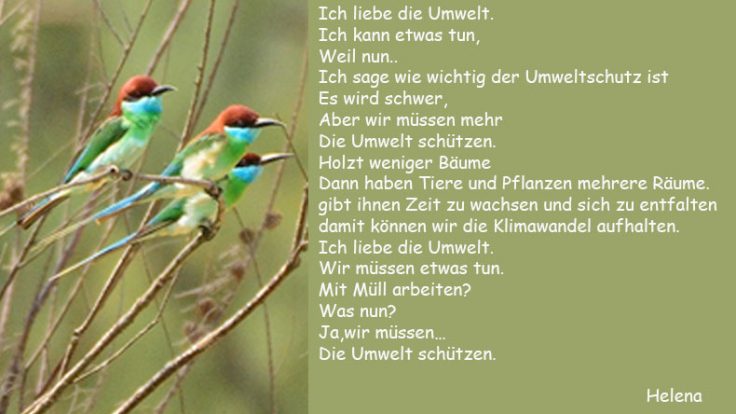 21 March saw IGS celebrating World Poetry Day. In the two weeks preceding, IGS students were busily engaged in writing verse in French, German, English, Vietnamese, Spanish, Bahasa Indonesia and even one in Russian. On Monday morning, the big day, the poems miraculously appeared stuck to poles, trees, notice boards and even tables.
Grade Three student, Hai Thanh was delighted that his poem had been put up on display, and Helen, also from Grade Three, was beaming from ear to ear. Some poems even trickled in during the week because students who had missed the deadline also wanted to see their names up next to their works.
All in all, Poetry Day, which somehow became Poetry Week, showcased the imaginative power of our students, from the most prolific down to those whose first poem ever written appeared on some tree or pole on the campus of IGS.