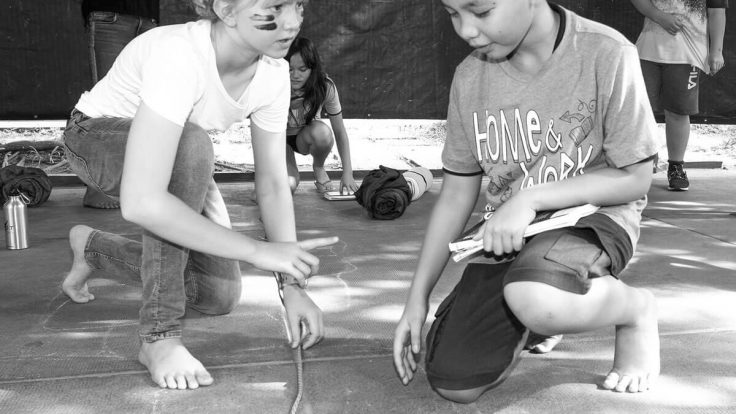 Us and Them is a workshoppable play written by David Campton in 1972. It’s set in an unknowable place in an unknowable time. The audience is led by a character called the “recorder”, whose job is merely to record what goes on but who may not interfere in the events. The groups meet, immediately build a wall, then tear it down and fight a war. After they war is over, they leave and blame the wall for not being higher or stronger.

Grade 6 took on the play initially as a class drama reader but soon realised that they would actually like to perform the play. As workshopping on the play went on, other elements were added by the students: a dance, Crab Rave, and a song, Titanium which replaced some of the Recorder’s commentary and made the play more accessible to a younger audience.

The class underwent their own “us and them” experience during the development and rehearsal stages and almost never took to the stage. Students showed courage in overcoming their diffidence and reservations about exposing themselves to the gaze of strangers.
Hopefully the staging of “Us and Them” will encourage other students to reach deep into themselves and come up with their own dramatic explorations of the human experience. 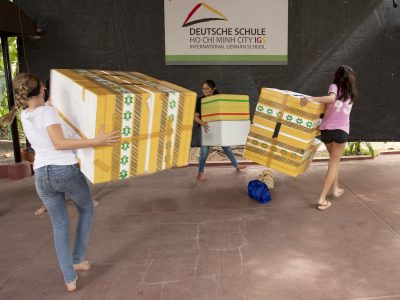 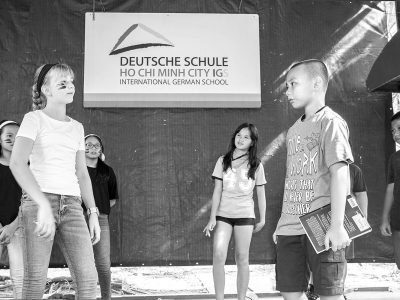 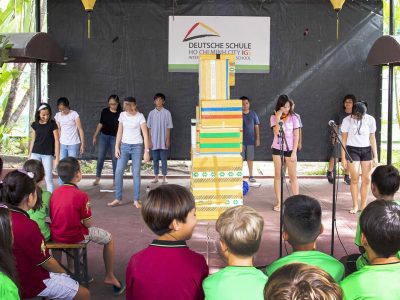 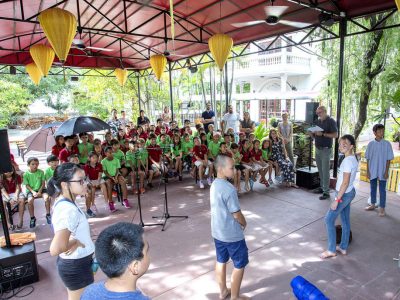