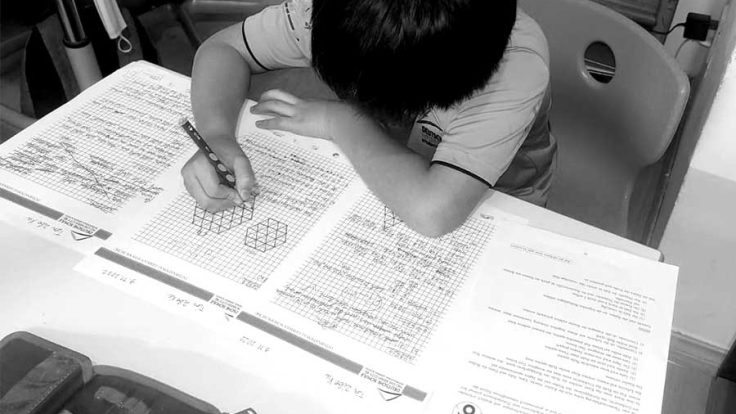 The Mathematics Olympiad is a nationwide competition in which around 200,000 students take part every year. It is carried out in Germany and at German schools abroad.
The Olympics are all about having fun with the set challenges and meeting other math fans, in line with the Olympic motto “Together for a Shared Future”.
The Mathematics Olympiad happens over several rounds, with the difficulty increasing from round to round. The national round is the highlight for the best math fans from Class 8. For Classes 3 to 7, the competition ends with the national round and a big award ceremony, organized by the individual federal states.

13 students from the IGS already completed the 2nd round on November 9th. Now we are excited to see how far our math fans can go. Maybe someone will make it to the federal round, which will take place in Germany (Berlin) in June 2023. We’re all keeping our fingers crossed!