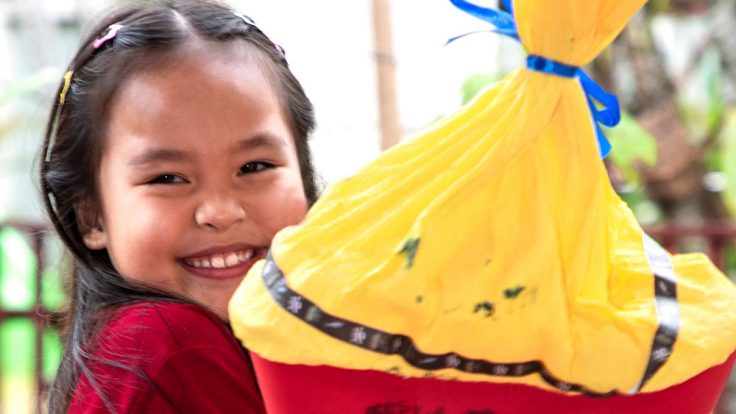 First School day of the pirates On Friday, Augus 30, 2019, 18 young pirate boys and pirate girls started their first day of school at IGS. Accompanied by Ruben Viertel, the children of grades 5 and 6 welcomed the first graders with the school anthem.
Afterwards, the children of class 1 listened to the pirate story that had been written specially for them.
The story was about a little pirate boy and his little monkey. Both went on a treasure hunt on a tropical island with palm trees, blue ocean waves, and a great sandy beach. The steering wheel was then officially handed over to the pirate captain, Heide Schaffer, who lovingly greeted her crew.
At the end of the enrollment cermony, the students in class 2 sang a song and took the new first graders by the hand and led them to the Forum.
Then the kids got very excited. All children met in the garden and received their „Schultüten“ from captain Schaffer, as it is an old tradition in Germany.
Suddenly, the little bell rang and the pupils went to their first pirate class.
While the pupils started their first lesson, the parents had a cup of coffee and seized the time to have a chat with other parents and teachers.
In the event that one of the little pirates should long for his dad or mom, the captain had taken precautions. On a small wave made of paper, the parents wrote a personal wish for their child. The little pirates were allowed to look at the wave, in case they become homesick on their first day on the ocean.

Dear pirate girls and pirate boys, We wish you a happy school time and and exciting adventures in the land of knowledge. 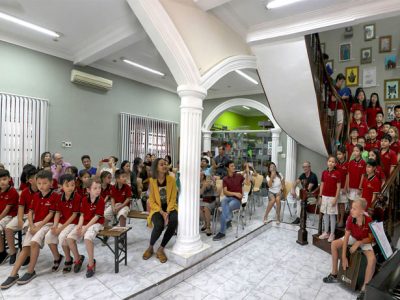 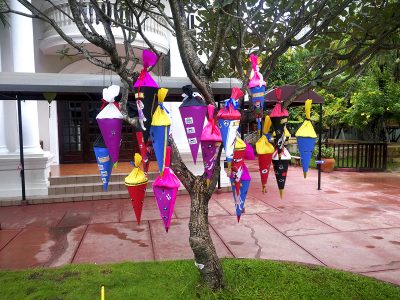 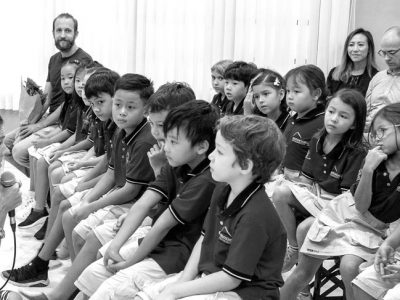 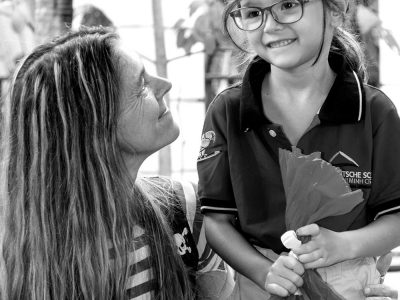 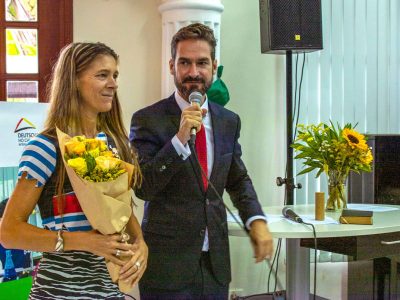 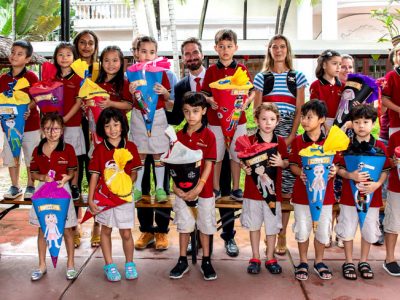