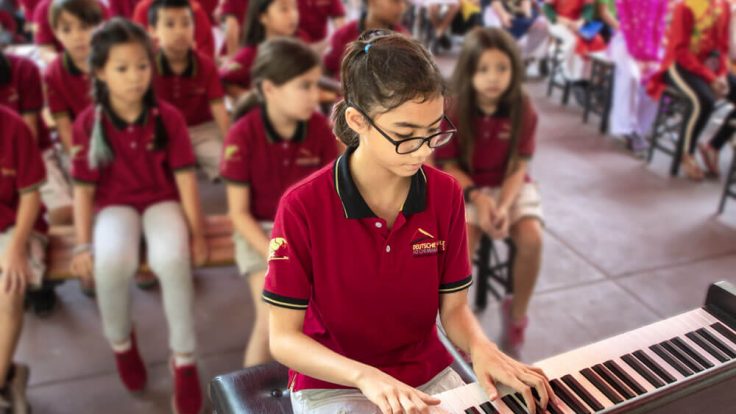 The celebration of the half-year certificates also coincided with the Vietnamese New Year. Shortly before the turn of the year, it is common to express good wishes, advice or thanks. This year, our teachers also followed this tradition. In the school history in class one about 5 months ago there was talk of a little pirate captain who found a huge library while in search of a pirate treasure. Like the little captain, our pirate class has learned to read. Reading is an essential key to the world of knowledge, a teacher once emphasised. In contrast to film, when reading it is necessary to imagine people, clothing, voices and movement: while reading, everyone creates their own film, in a way.

Another IGS teacher emphasized the importance of scientific thinking for orientation, especially in a time of fake news and information overload. Checking statements for their truthfulness and coming to conclusions in the process of finding the truth, which sometimes contradict one’s own expectations or contradict the general social consensus, are the basis for science. 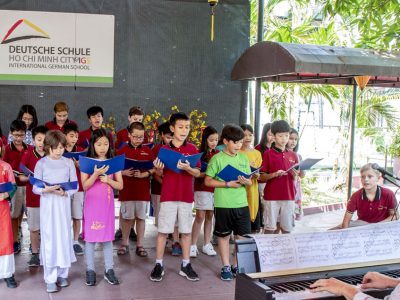